Friday was the usual…. bright for short periods, squally winds and heavy showers. Margaret ….. very brave…. went into Edinburgh on her own to go to Waverley main line station and book a seat on the 10.45am Saturday London bound train. This was achieved and M returned about 5pm. T, after doing the Co-Op food shopping, remained on the boat and prepped her for sea the next day. We had decided to remove the dinghy from the stern mounting davits, pack her up  in a special stowage bag and lash her on the coach roof just forward of the traveller. In between heavy showers, working on the pontoon, this was completed without hassle. It is unlikely that we would need the dinghy again.

Mike and Christine had gone home to Surrey the previous day Thursday, and Mike was attending a funeral in central London Friday. Mike would then catch a train from King’s Cross to Edinburgh…. planning to return to the boat by about 10.30pm Friday…. ready to sail the next day at 8am. In the event and as a consequence of industrial action plus the “afters” re storm Ali…. Mike’s train from London to Edinburgh was delayed…. he climbed back onto Poli Poli at 3.06am early this Saturday morning.

About three hours later, at just after 6am, T looked at the Met Office Inshore Waters Saturday forecast for the Firth of Forth, North Sea up to Rattray Head and south to Berwick.

Very very disappointing….. winds W to NW force 5 increasing 6 with gales of force 8 and later, severe gale force 9. The word “rough” was used to describe the sea state. Furthermore, our passage plan would take us east away from Edinburgh against a flood tide for the first part of the journey. With a strong westerly wind of force 5 plus…. produces a “wind over  tide ” situation. In short, rough  sailing conditions likely to delay our arrival at Eyemouth. So our planned “escape” from Port Edgar was foiled. Nobody goes out in a force 8 and 9 severe gale. Very “cheesed off”.

So we remained between the two bridges with a good view of the third. Mike slept for some of the morning after his pretty awful trip late last night from London. M and T went into Edinburgh on the bus to re-book a seat on a Sunday London train. Our last view hopefully of the Scottish capital. As it turned out, a nicer day weather wise on land… with a sunny afternoon and evening…. no rain and a temperature of 15 deg C. And Grimsby lost again!

Final photos of the Forth….. seems that shale gas production has already started in Scotland. 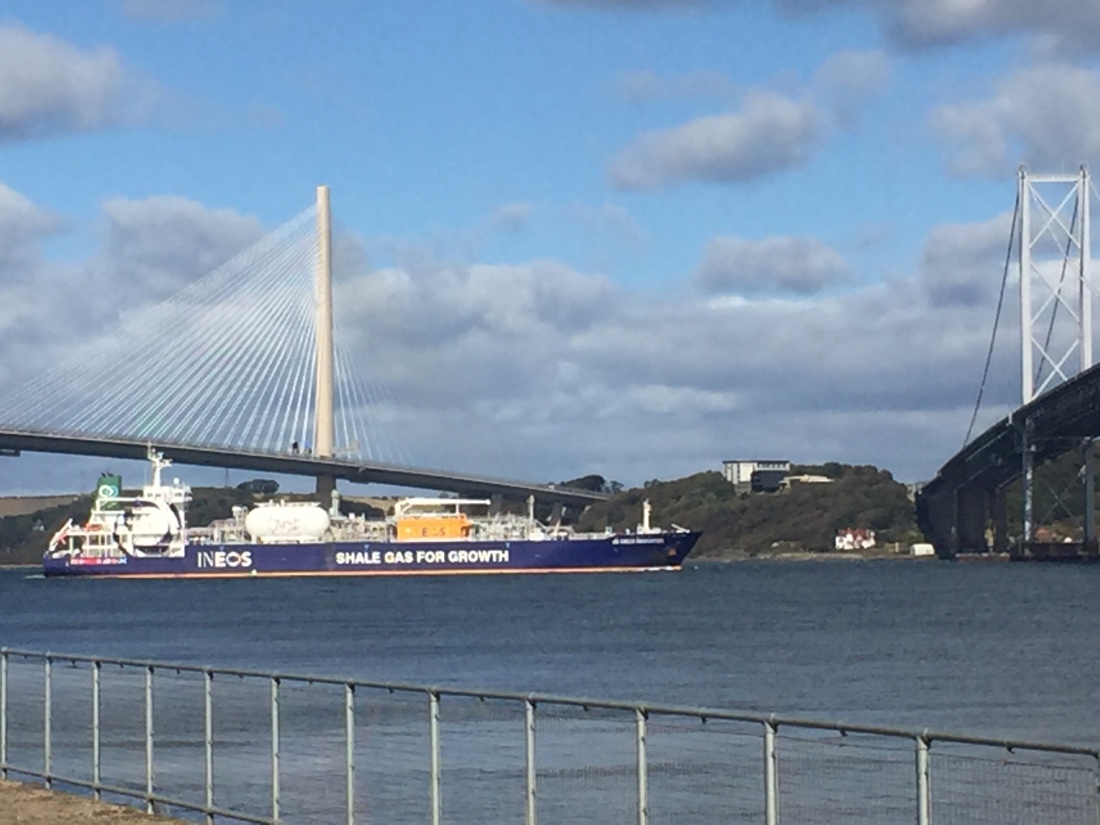 We are hopeful that we will have a decent forecast at 6am Sunday morning and that we will be in Eyemouth tomorrow evening…. 50 n.miles further south. 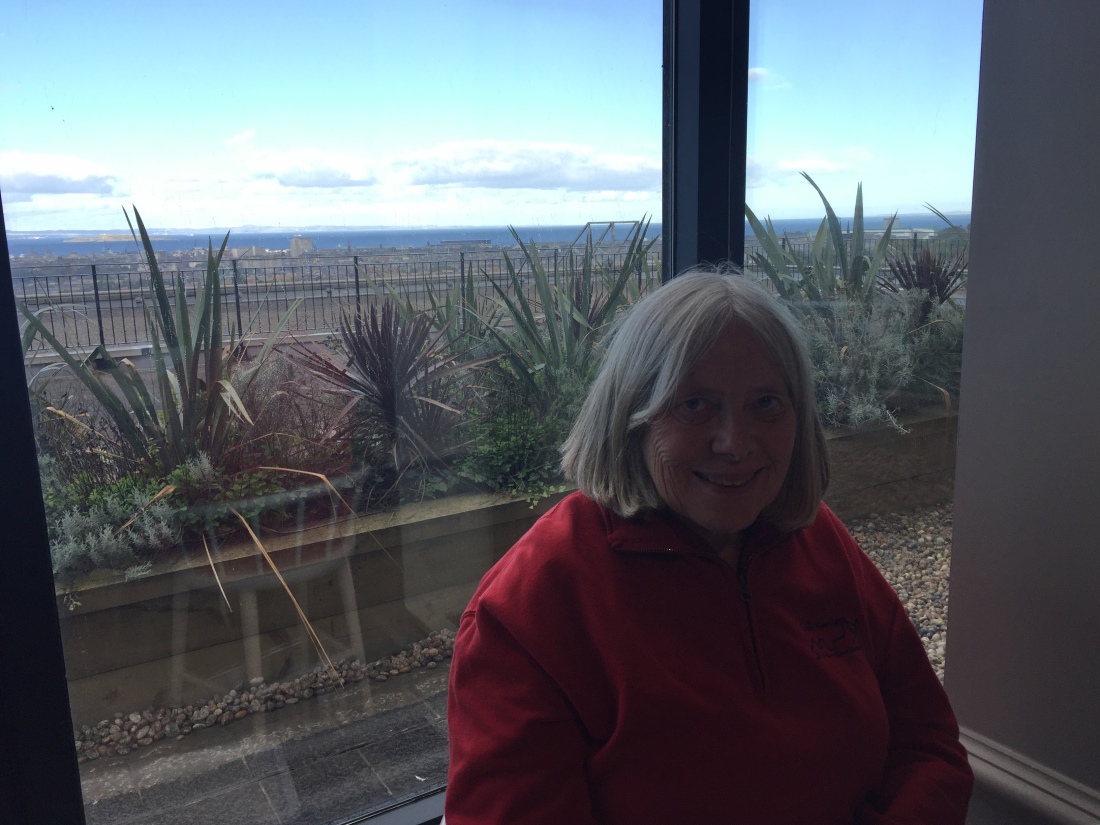 Margaret…. “A Place To Eat” in John Lewis, Edinburgh….. cup of tea with Leith docks and the River Forth in the background. 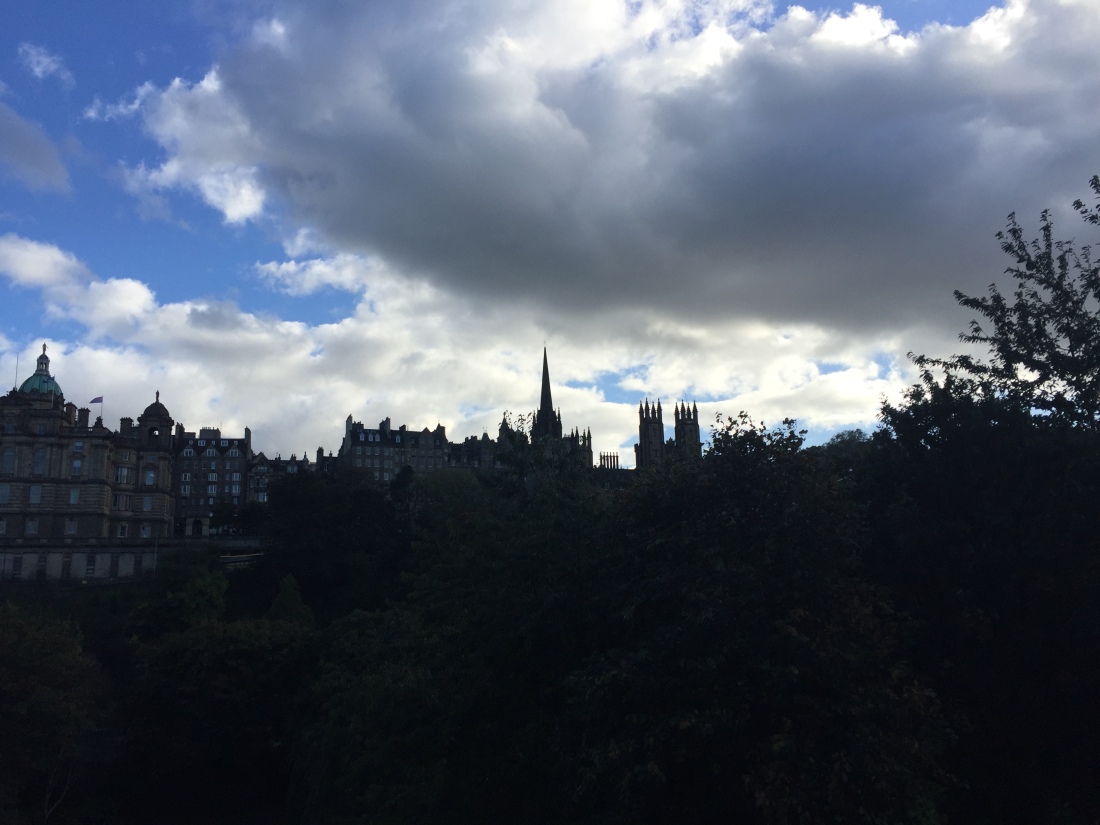 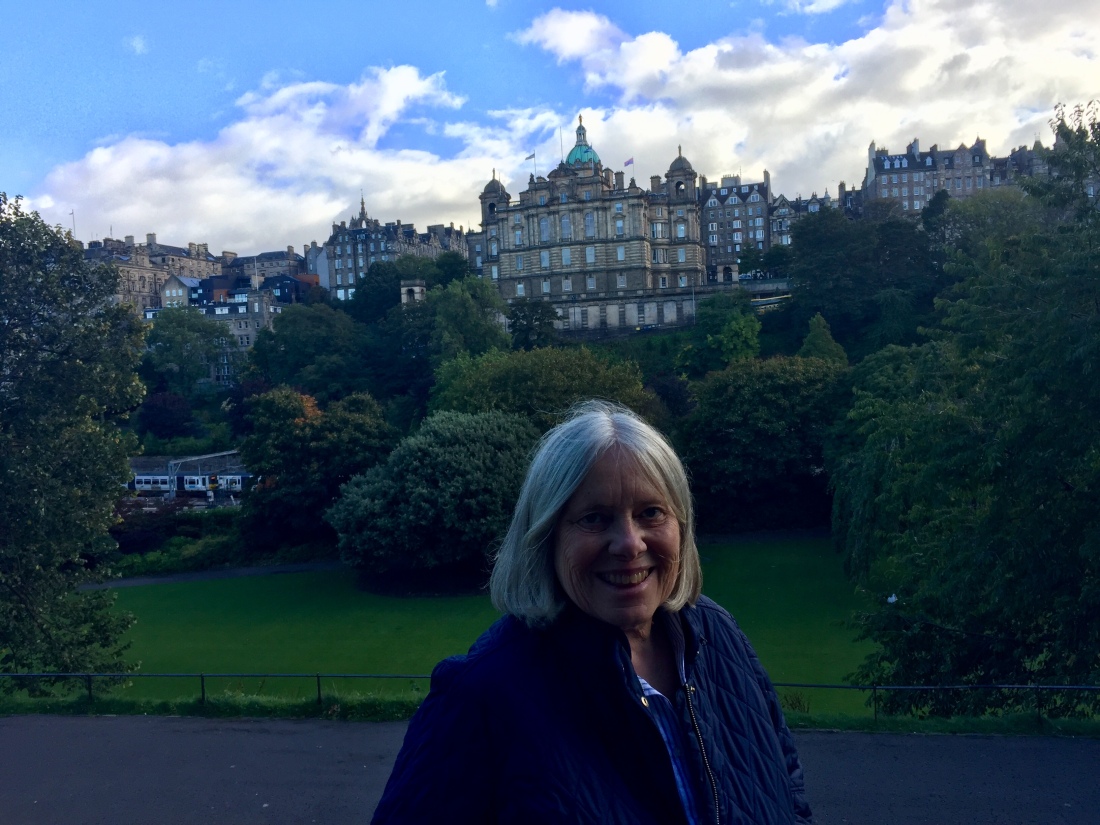 Margaret with Edinburgh back drop…. Prince’s Park looking north. Walking to catch the 43 bus back to South Queensferry. 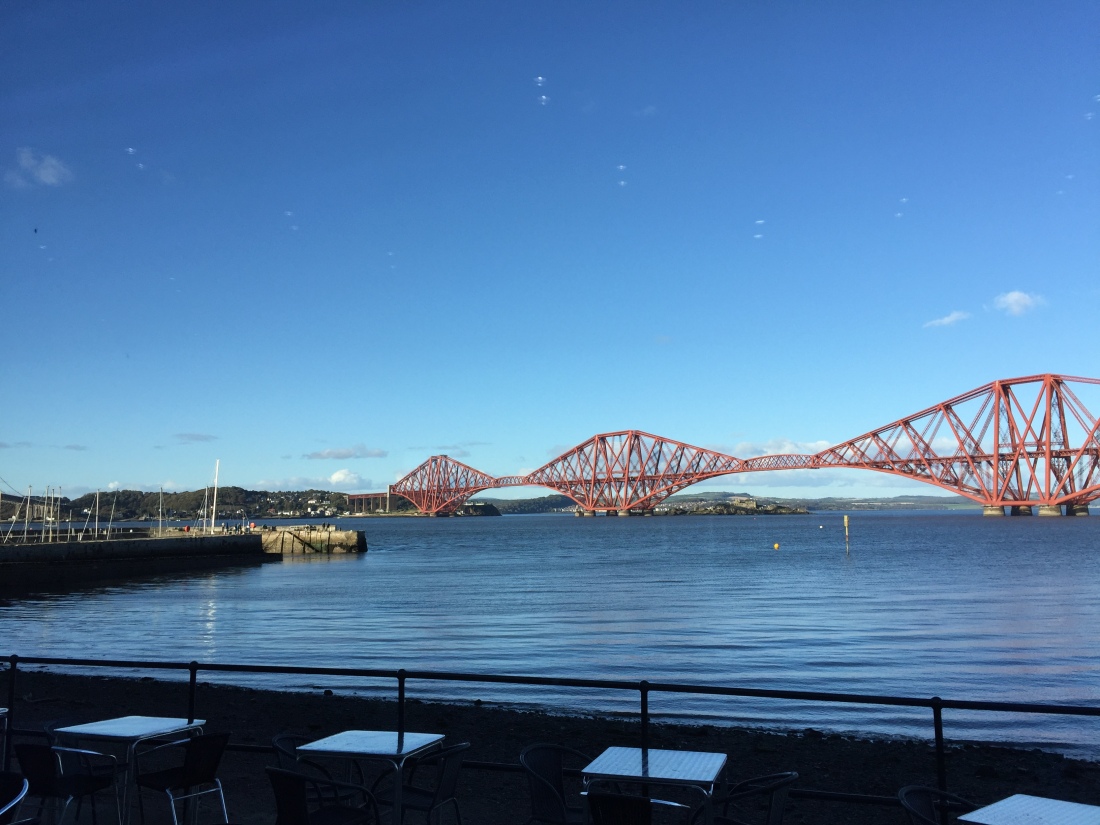 The view from the bistro restaurant “The Boatshed” where we had our evening meal in South Queensferry…….. seafood curry, followed by Banoffie Pie and sticky Toffee Pudding and ice cream. This was taken at about 6.30pm …. how calm and peaceful the Forth looks!

T with his seafood curry at the Boatshed Bistro…happy soul! 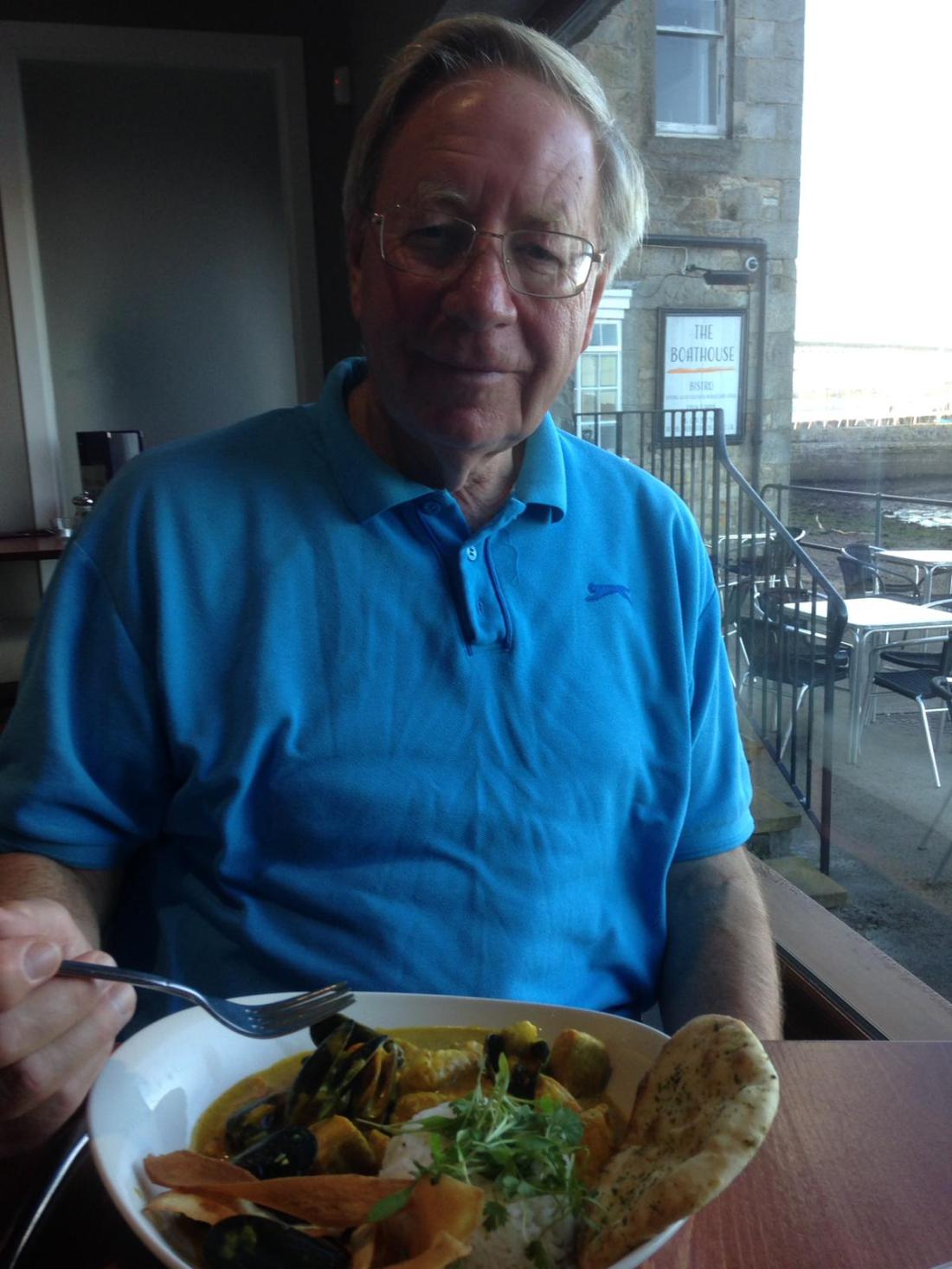 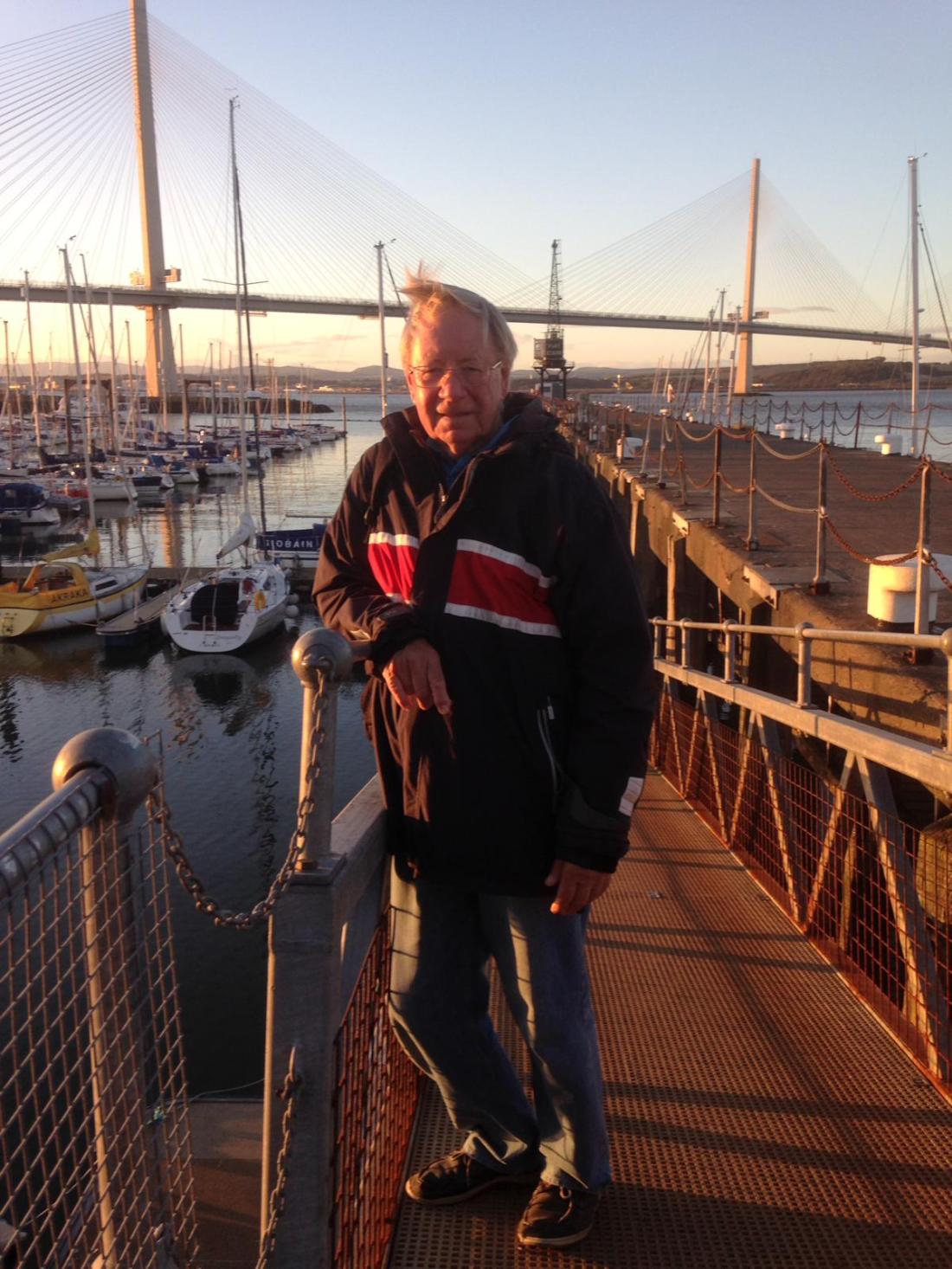 T at sunset going down the ramp to Poli Poli. 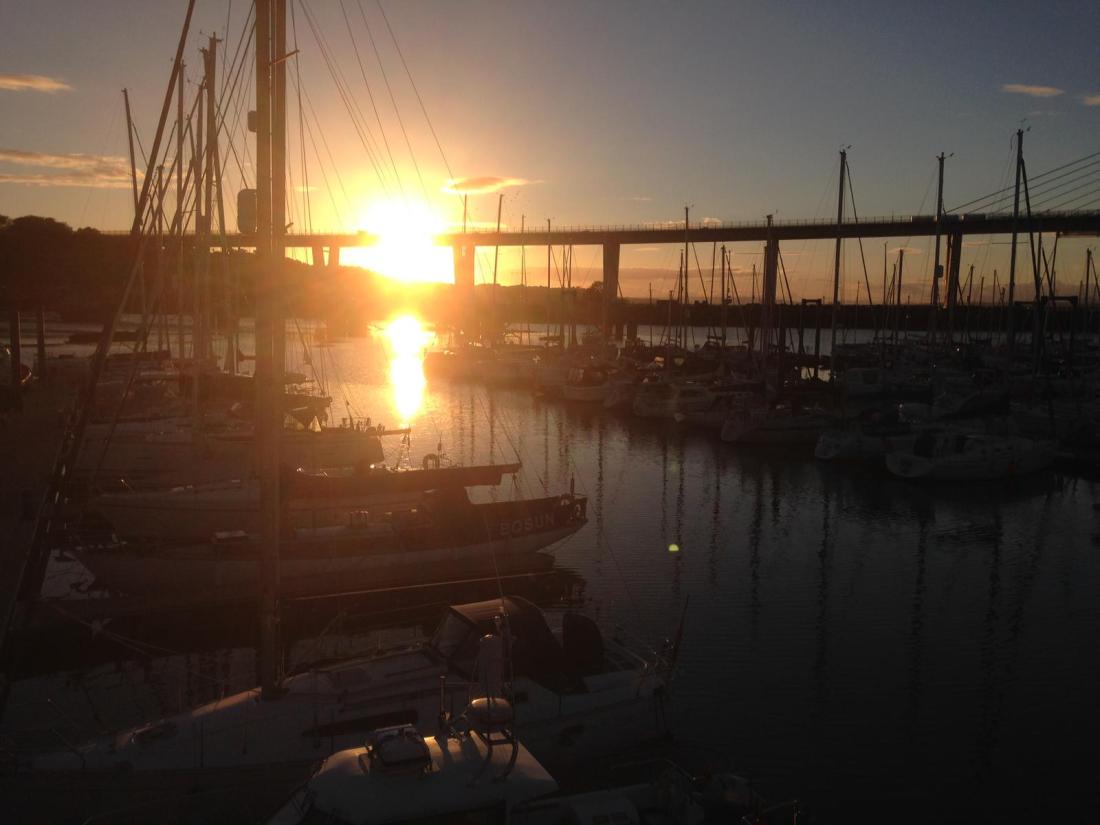 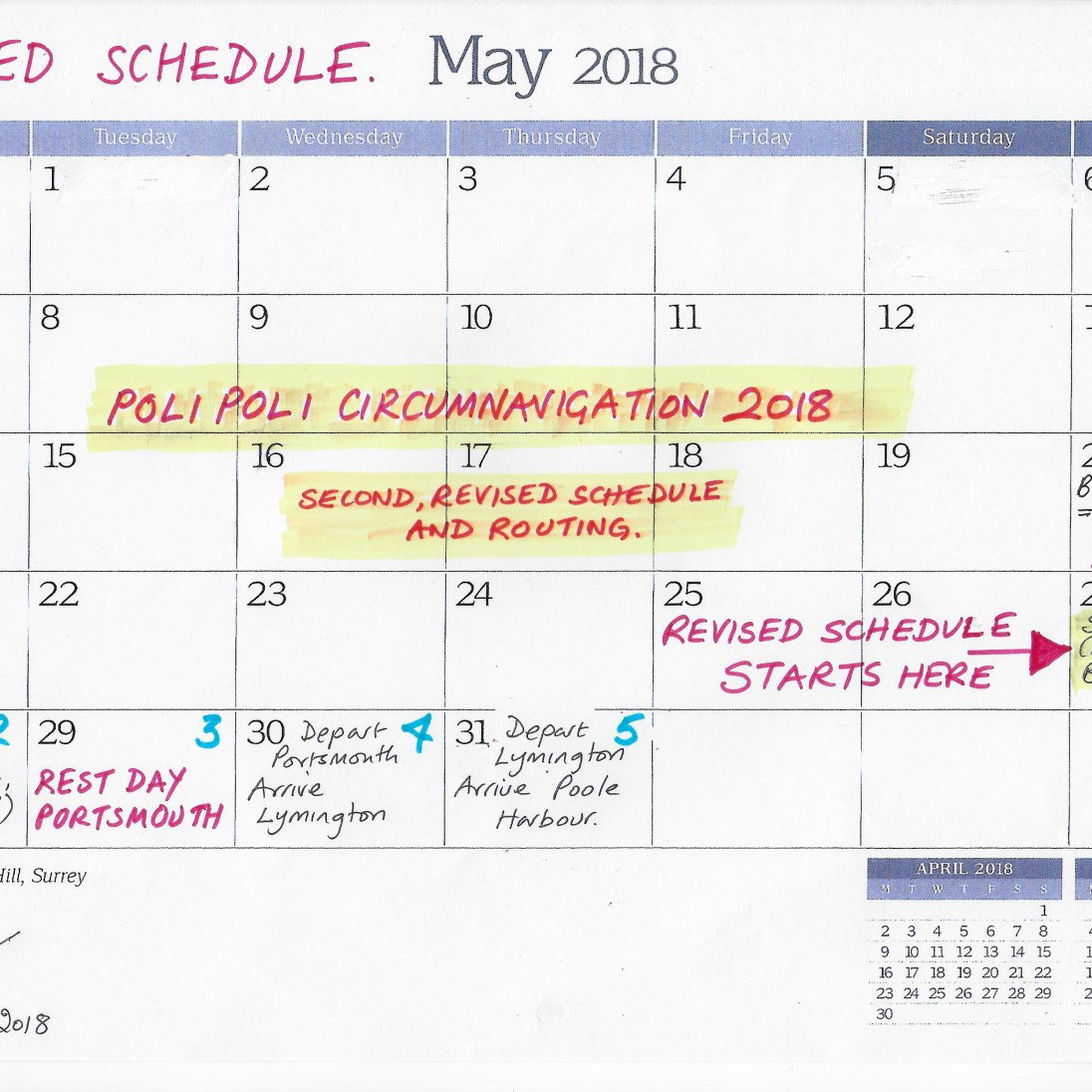 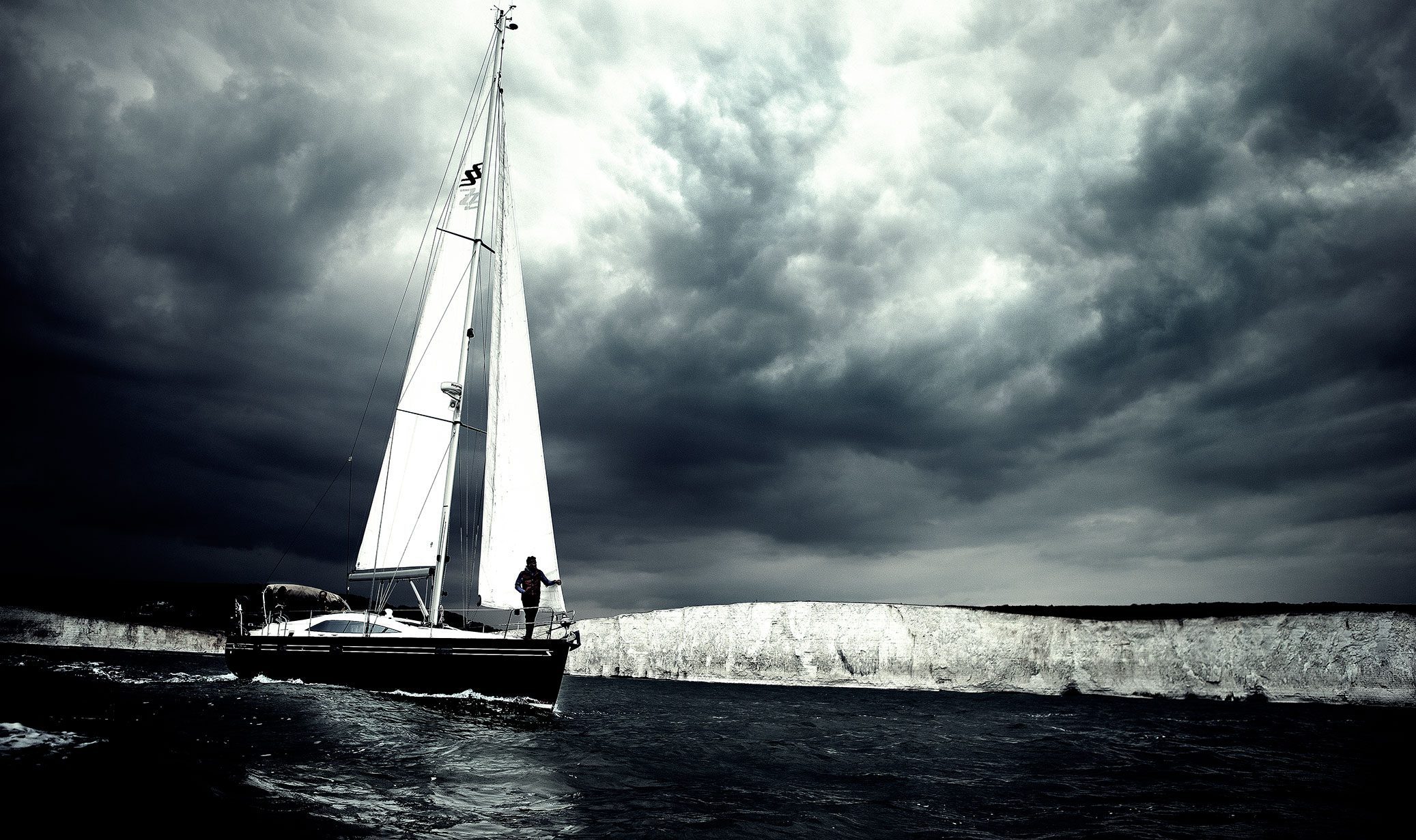 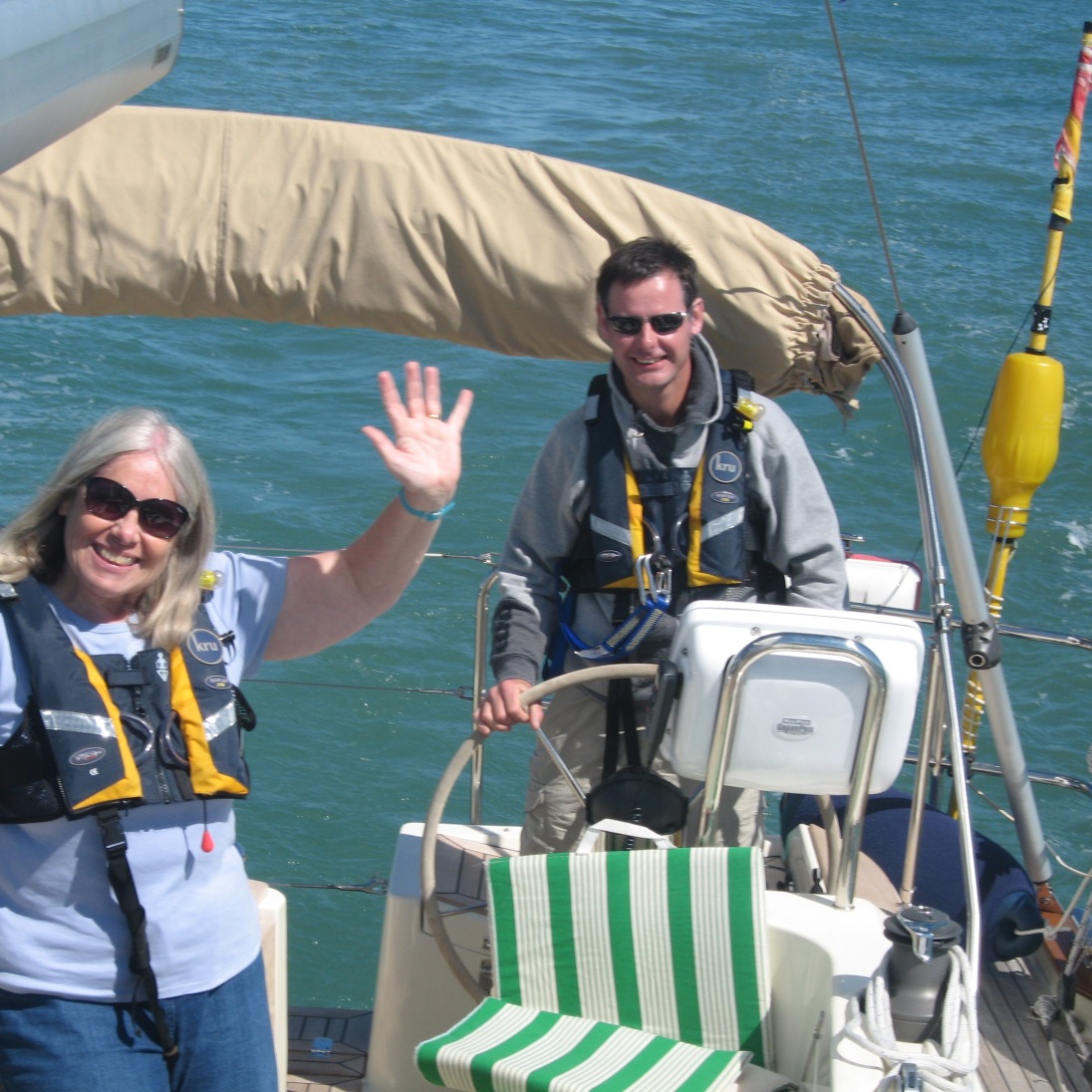 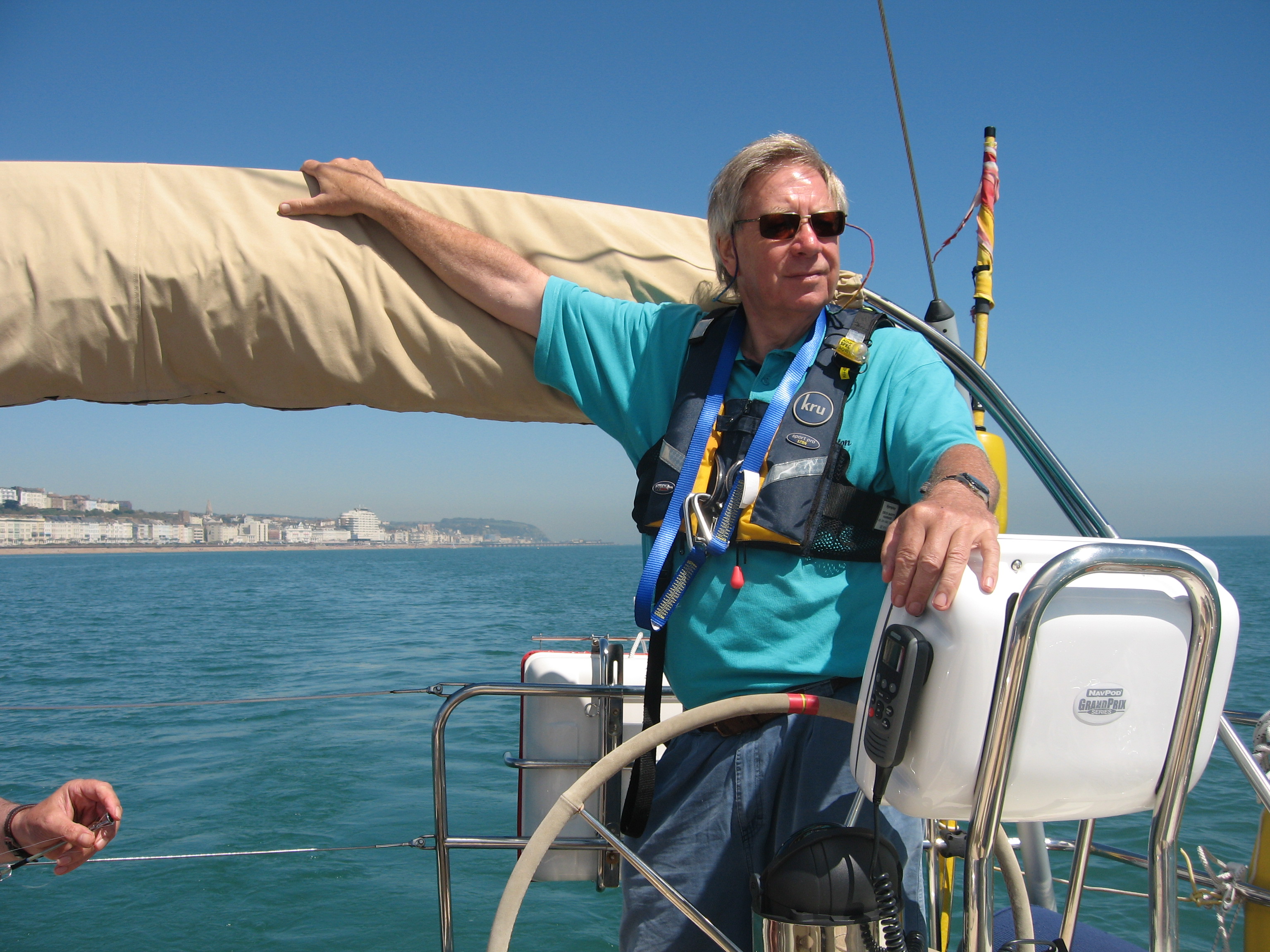 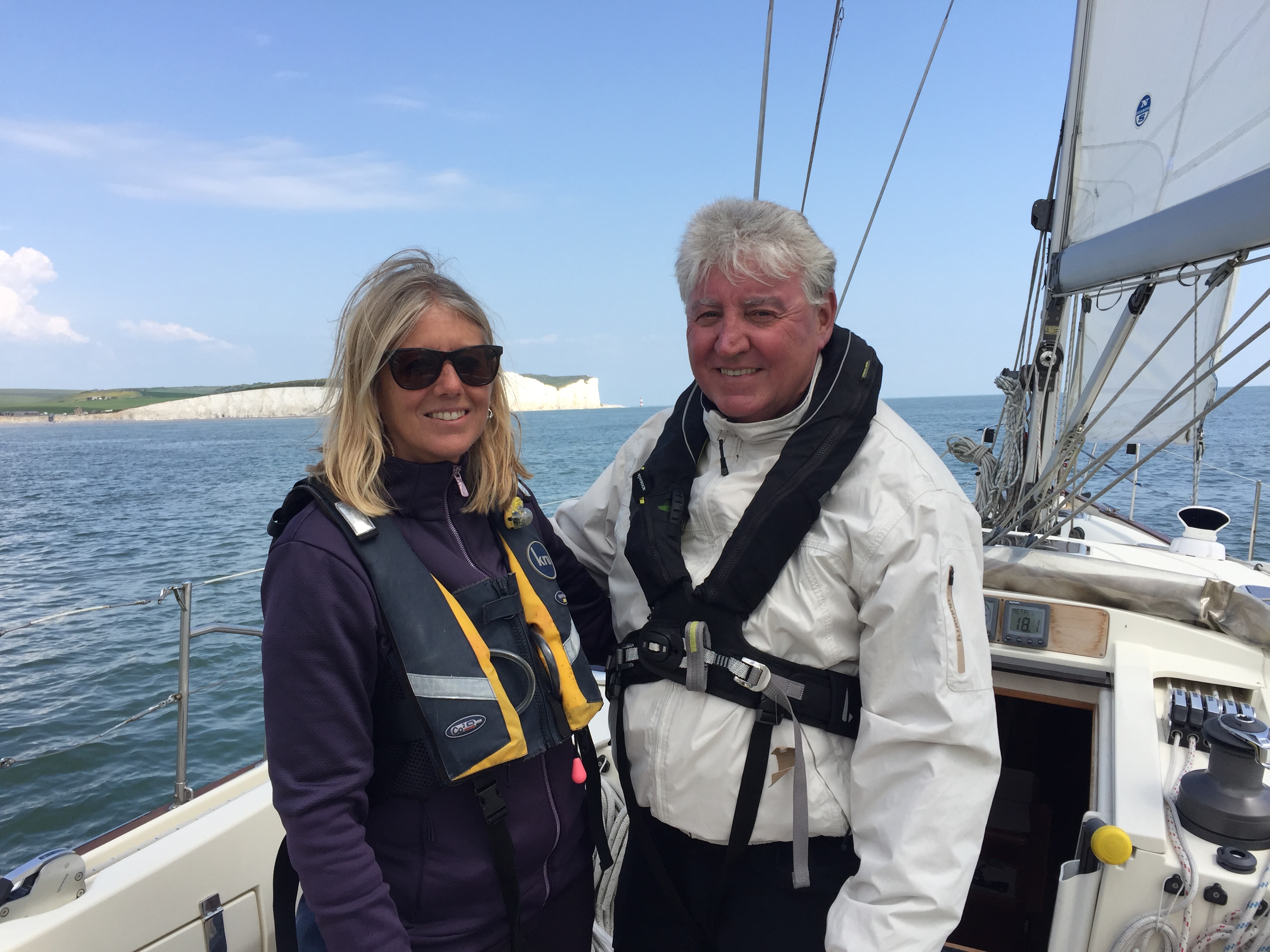 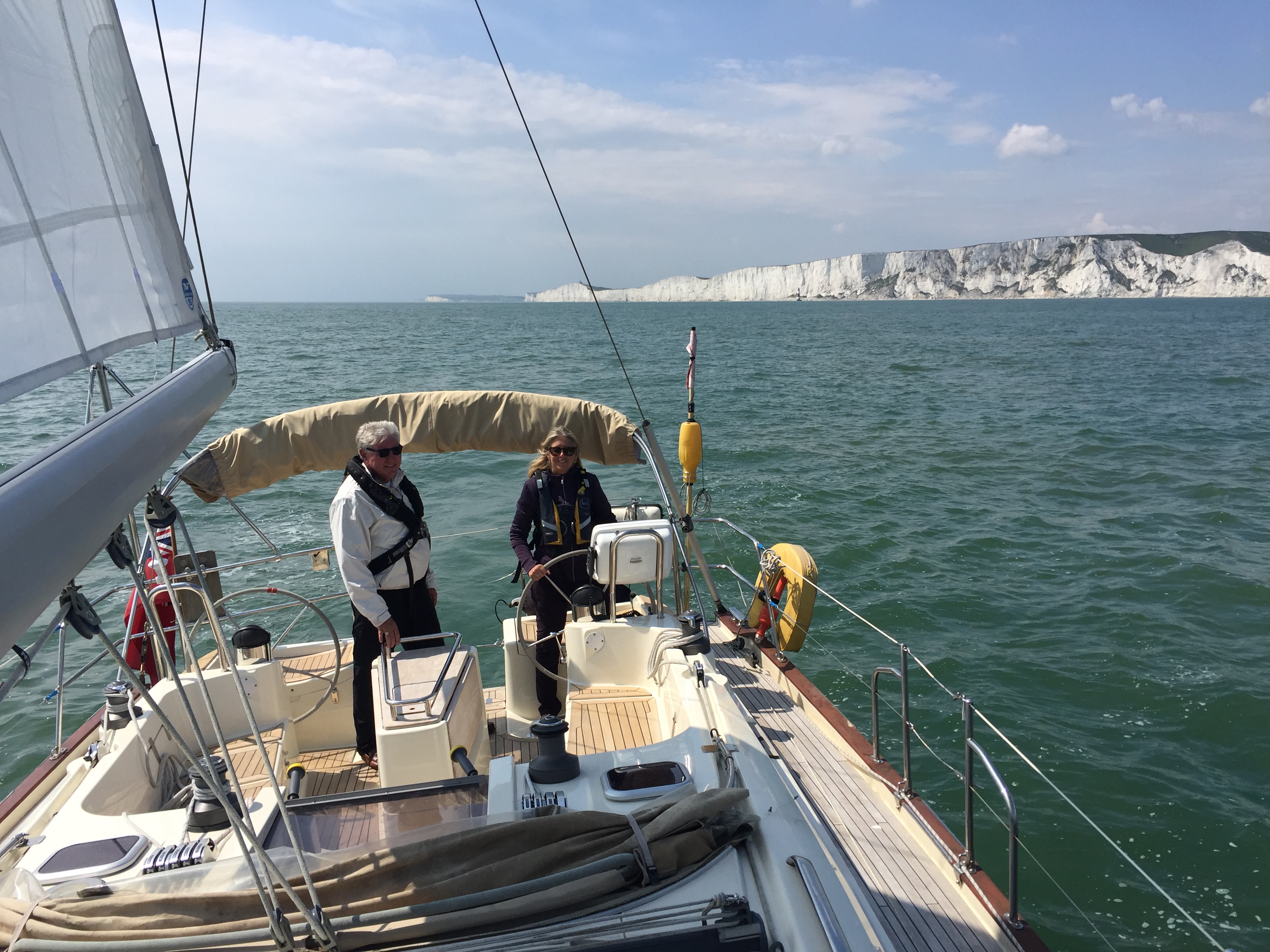 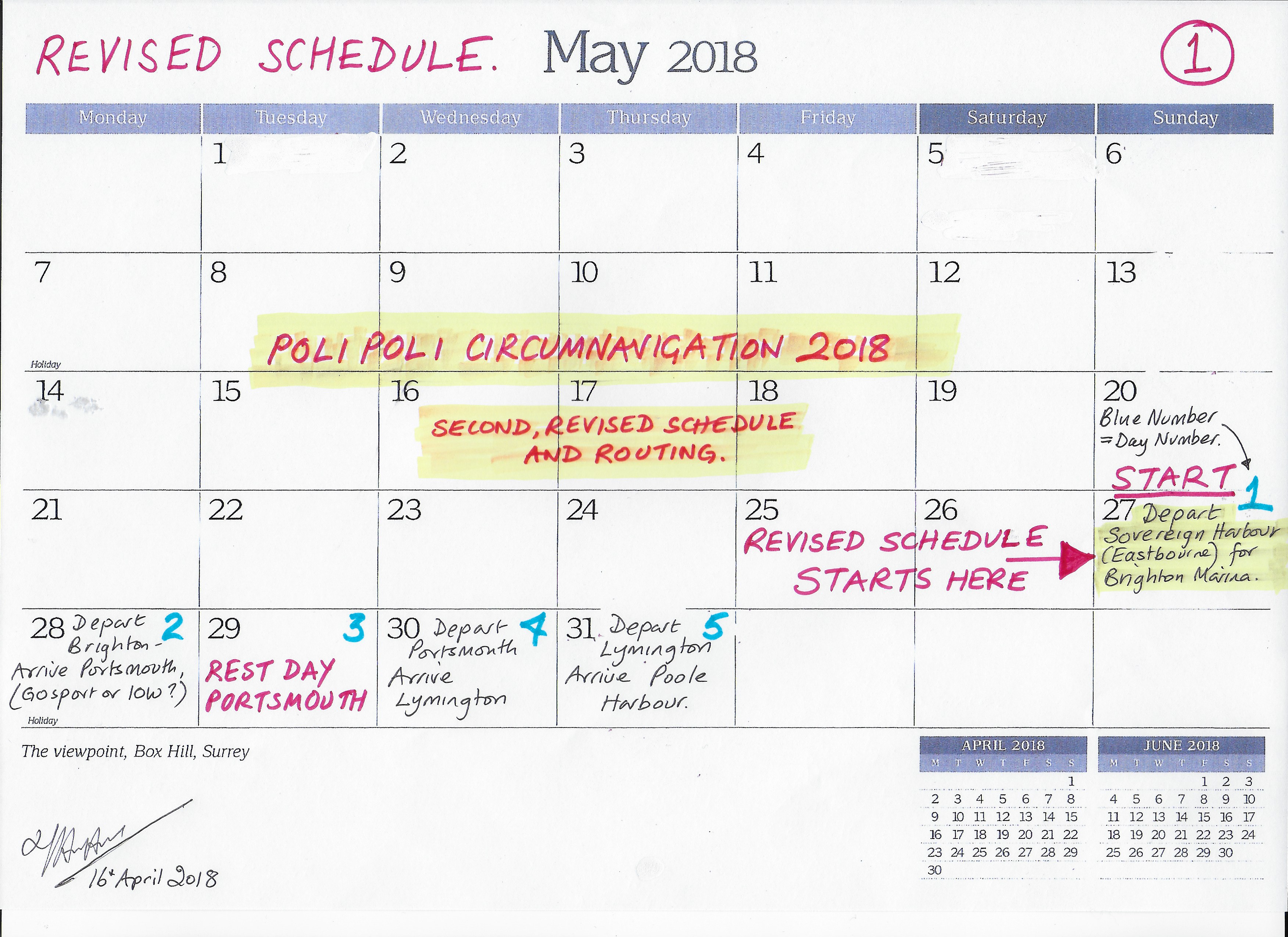 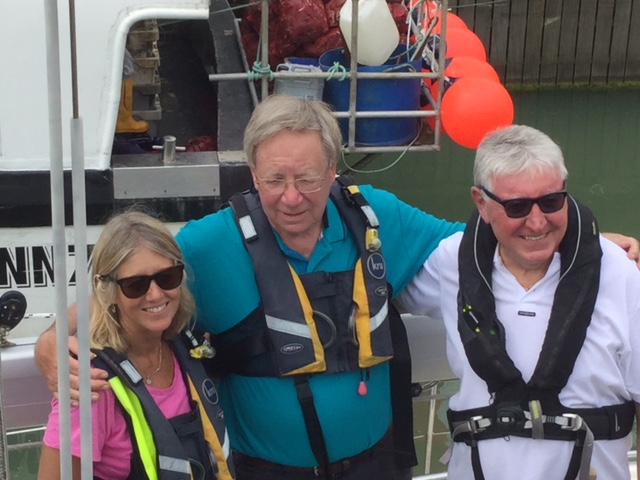 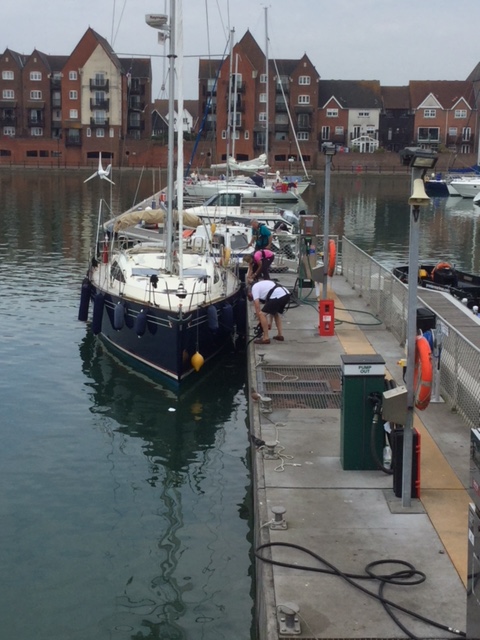 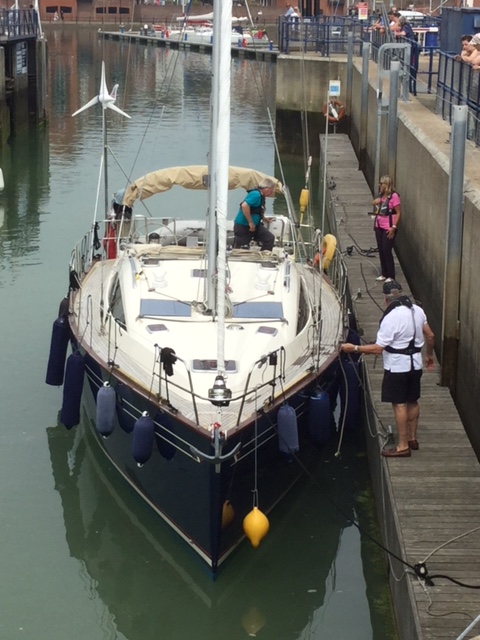 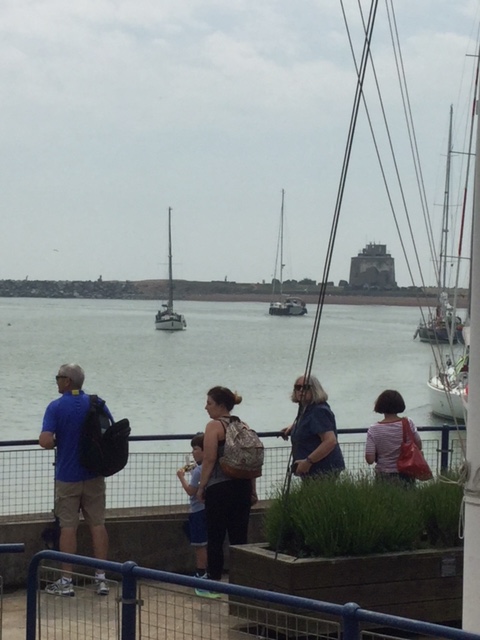